Walking down the sidewalk alone, I heard what sounded like the default iPhone "send text message" sound. For a moment I thought some old message on my phone was being belatedly sent -- so I did the self-frisk to find my phone in my back pocket, and realized the sound had come from a tree.

The "coo" of the sound has a soft edge -- not the harder attack of the bell when receiving a message -- but a gentle sound like something slipping out a door, out a window, or into the air.

I could see a bird amongst the branches of the tree, and my mind raced, as it often does, to the moment's most urgent and absurd questions: 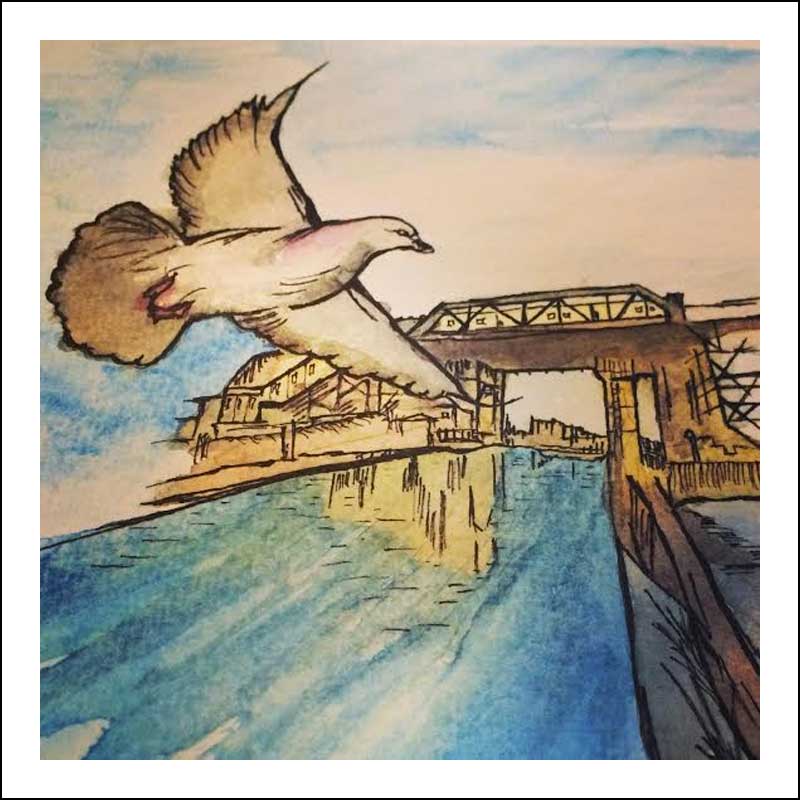 It was surely no accident that texting, perhaps the cheapest and most popular way to communicate, is represented by a sound similar to it's most amazing analog version -- the carrier pigeon (look, they could've used a telegraph sound, and that would've been horrible).

Turns out, even beyond Bert, there are many interesting things about pigeons, with my favorite:

Julius Reuters parlayed the use of pigeons into what would become the world's largest newsgathering organization. He created an empire literally on the backs of pigeons.

Ok, maybe my next drawing should be Emperor Reuters riding on a flock of pigeons with the news of the world. Or, maybe just build the crowdsourcing/authentication tool to build my own empire, sans pigeon. Coo idea, right?